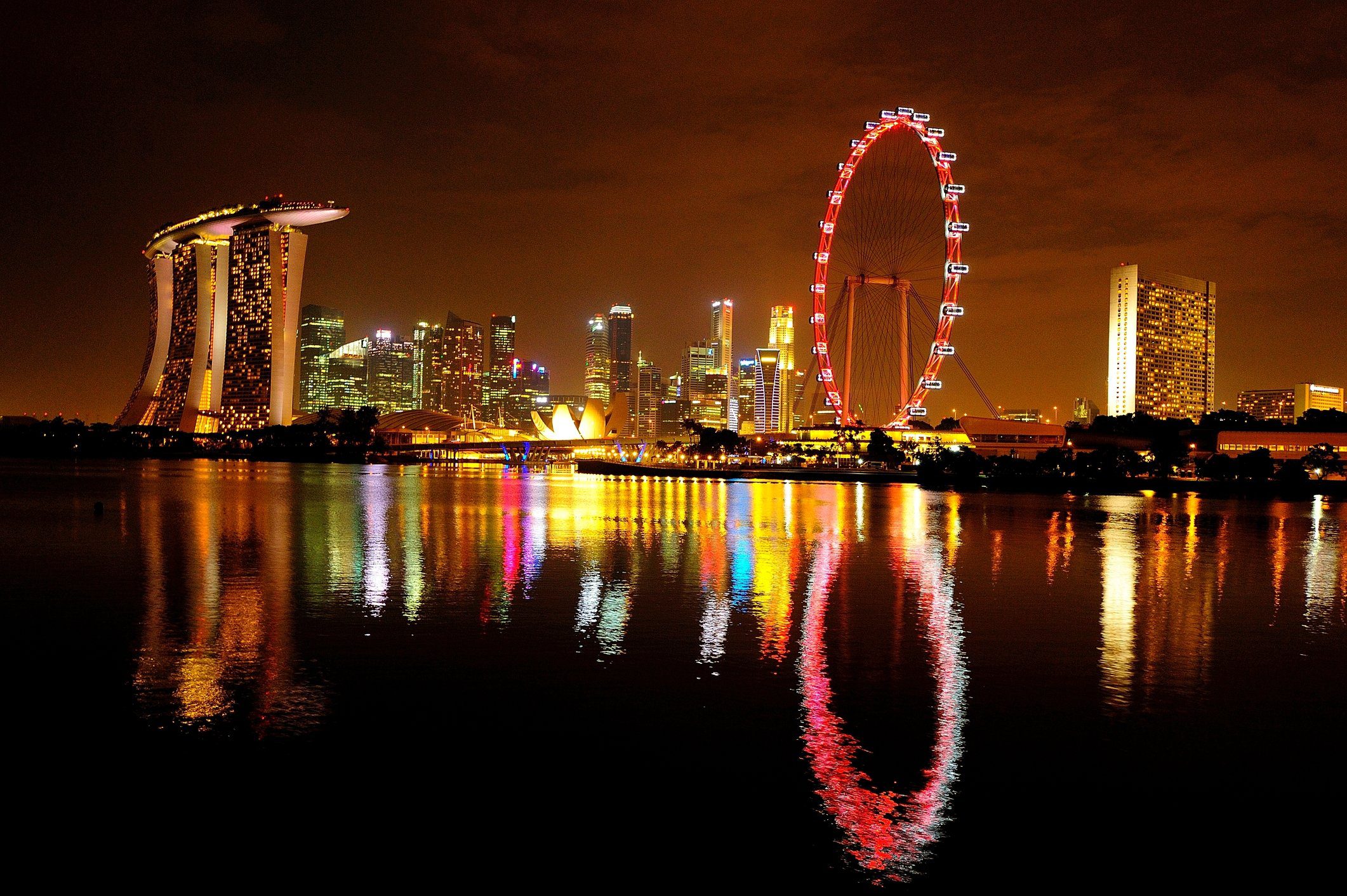 The giant London Eye Ferris Wheel became an instantly recognisable icon of the London skyline when it opened in March 2000.  After the success of the London Eye over 20 other giant Ferris wheel projects have been initiated around the world, some which have been successful and many which never got further than a concept.

Giant Ferris wheels or giant observation wheels are significantly slower than conventional Ferris wheels.  Typically you will only travel through a single rotation of the wheel which is in constant slow motion. Giant Ferris wheels usually do not stop to allow passengers to disembark and embark.  They move so slowly that passenger changeovers can occur while the wheel is in motion.  The passenger capsules are spacious and you are usually able to walk around to enjoy the panoramic views as you slowly travel around the giant wheel circumference.

The London Eye provides spectacular views across London in all directions.  The London Eye is currently the fourth highest Ferris wheel in the world with the peak at 135m (443 ft) and a diameter of 120m (394 ft).

The standard ride on the London Eye takes 30 minutes to complete one full rotation.  There are options to book a private capsule or to add drinks and chocolate packages to your ride.

The Singapore Flyer in Singapore

The Singapore Flyer opened in March 2008 and is currently the second highest Ferris wheel (thanks to the High Roller in Las Vegas taking the crown!) in the world with a peak of 165m (541 ft) and a diameter of 150m (492 ft).  The Singapore Flyer provides fantastic views across Singapore including the harbour.

The standard ride on the Singapore Flyer takes 30 minutes to complete one full rotation.  There are options to book a private capsule or to add dining or drinks packages to your ride.

The Star of Nanchang in Nanchang, Jiangxi Province, China

The Star of Nanchang opened in May 2006 and was briefly the highest Ferris wheel in the world with a peak of 160m (525 ft) and a diameter of 150m (492 ft), before being overtaken by the Singapore Flyer in 2008 and the High Roller in Las Vegas in 2014 so it is now the third highest giant observation wheel in the world.  Nanchang is located approximately half way between Shanghai and Hong Kong

The Melbourne Star Observation Wheel in Melbourne reopened on 12 March 2014 and is now fully operational after a challenging rebuild.

The Southern Star initially opened in January 2009 and operated for 40 days before being closed after a significant technical issue was identified.  It has taken almost five years to fully deconstruct and rebuild the wheel before being reopened in 2014.

The following projects are currently either actively being constructed or are in the proposal development phase.

The Dubai Eye in Dubai

After a flurry of media activity in Feb 13 this project has gone strangely silent so perhaps it will need to be shifted to ‘Cancelled’ or ‘Indefinitely Postponed’ list below in the not too distant future.

There is one giant observation wheels projects which have commenced construction but are at risk of never coming to fruition.

The Skyvue Las Vegas Super Wheel (145m, 476ft) commenced construction in May 2011 and was originally intended to open by the end of 2012.  Since then the project was progressively descoped to carry less passengers and construction finally ceased in late 2012.  In Feb 13 a news report provides a statement from the Skyvue CEO Howard Bullock advising that construction should resume in May/Jun 2013.  In March 2014 the only sign of activity is the progressive removal of the scaffolding around the lonely looking foundation.  We will see what happens…

As you can see there are more failures than successes in the giant Ferris wheel business.  Having been on the London Eye myself I can confirm that going for a ride on a giant Ferris wheel is a great activity where you have the opportunity.

Have you experienced the giant Ferris wheels of the world?  Please share your experience in the comments below.