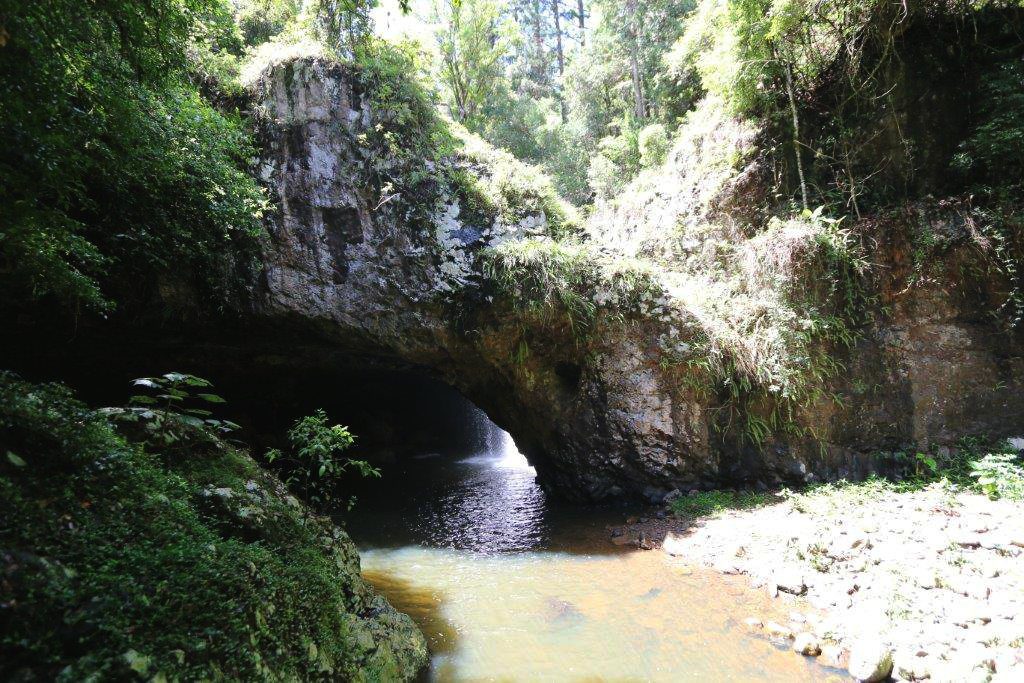 As we descended the moist steps through the lush rainforest we started to hear the sound of running water.  LOTS of water.  A dark open cave appeared before us and in a bright ray of light we finally saw it.  The amazing waterfall which runs across and then down the stone arch and into the cave.

While we have visited the Gold Coast an uncountable number of times we have rarely taken the time to explore the World Heritage listed rainforest covered mountains which sit behind the world renowned sandy beaches.  On our most recent visit I suggested and received agreement from my husband that we take a different route to return to Sydney.  While I started with a vague plan of the route to take and what to see along the way I had heard of the amazing waterfall at Natural Bridge and was easily able to include it as the first stop in our scenic inland route from the Gold Coast to Sydney.

Natural Bridge sits within Springbrook National Park which is part of the Gondwana Rainforests of Australia World Heritage area which includes rainforest areas in both Queensland and New South Wales.

The Loop Walk at Natural Bridge in Springbrook National Park

After driving the amazing route through the mountains from Nerang we finally arrived at Natural Bridge.

We parked in the car park and after donning sunscreen and insect spray we commenced the short walk.  The Natural Bridge Circuit consists of a 1 km /0.6 mi loop walk along a sealed pathway which commences from the car park.  We followed the route in a clockwise direction.

The route commences with walking down the hill via walkways and steps.  At the start of the route there are some massive strangler fig trees.  Strangler figs start as vines which wrap around a living tree as a parasite.  Over time the strangler fig covers the tree and takes over.  The original tree eventually dies and then rots away, which leaves the centre as an empty space and the strangler fig continues to grow and become a massive tree in its own right.

We then continued walking downwards, with the usual apprehension about how much of a climb it will be to reach the top again.  All along the route you can hear the sound running water, which progressively increases as you get closer to the waterfall.

We finally reached the valley floor where we walked over the bridge which passed across the fast running stream.  We were fortunate that in the couple of days prior to our visit there had been a lot of rain which meant that there was a lot of water in the stream.

After an undulating walk through the rainforest we finally spotted the Natural Bridge cave. 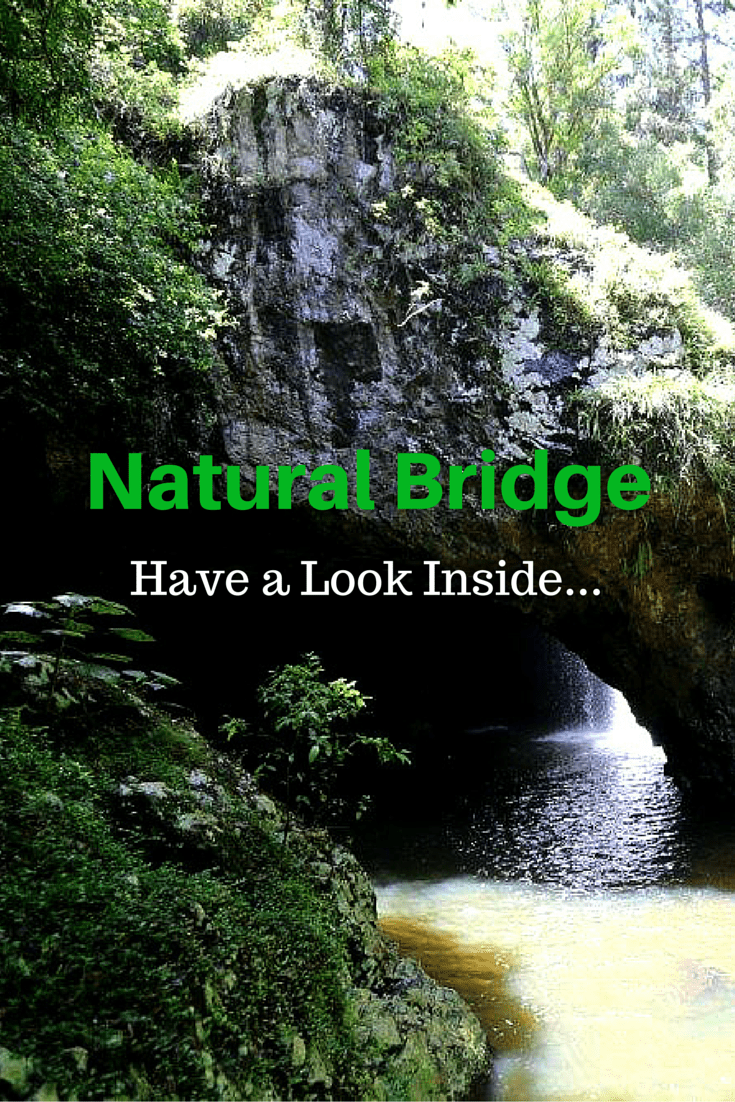 We visited in the mid morning so were unable to see the glow worms which live in the roof of the cave, but you can visit the site at night if you are interested in seeing them.  Our focus was to have a closer look at the sun illuminated waterfall coming over the stone arch.  It was also impressive to see an entire large tree sitting at the bottom of the waterfall which had obviously been uprooted and had floated downstream until it reached its resting spot at the bottom.

The waterfall was very intense and loud and we all enjoyed just appreciating the sight from within the cave.

We then started the ascent and enjoyed the climb to see the top of the waterfall.  At the top the fast flowing stream bubbles along at ground level before falling into the large hole created by the cave.

We then completed the remainder of the ascending loop walk back to the car park, having really enjoyed our first of many tastes of nature and waterfalls on our route home.

Getting to Natural Bridge in Springbrook National Park

Natural Bridge is part of the Springbrook National Park which sits behind the Gold Coast.

From the northern Gold Coast the start of the route is in Nerang.  From Nerang it is a 34 km/ 21 mi / 0:29 hr drive through an amazing mountainous route to reach Natural Bridge.

From Murwillumbah in northern New South Wales the route is a 30 km, 19 mi, 0:30 hr drive through a scenic mountainous route.

If you are visiting from the southern Gold Coast you should expect to add an additional 0:30 hrs to your route as you travel to either Nerang or Murwillumbah.