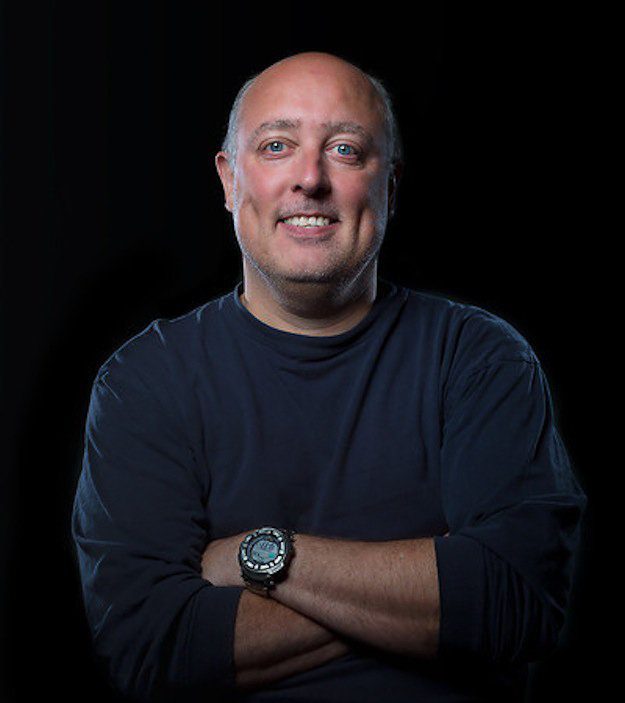 Gary Arndt’s biggest challenge is balancing travel versus working and having a stable life.  Gary compares his dilemma to being like an alcoholic in front of an open bar!

In March 2014 Gary will have been continuously travelling for 7 years with little sign of slowing down.  In this time he has visited every continent and over 140 countries.

Gary’s adventure began in 2007 after he sold his IT business and his house and commenced what was supposed to be one year of travelling.  At the time he also decided to run a website to enable people to keep in touch with what he was doing.

Nine months later he made a decision to focus on developing his website into a business.  During the same time period the concept of blogging was on the rise and as a result he became one of the pioneer travel bloggers in the world.  He decided to initially focus on providing a daily photo from around the world.  At the time his photography skills were non-existent so he had to learn everything from scratch.

Over this period Gary has developed the Everything Everywhere travel blog to a point where he receives over 100,000 visitors each month and it is consistently rated as one of the top travel blogs in the world.

Gary graciously agreed to be interviewed for this article so I hope you enjoy hearing about what he plans to do next!

Gary, for the average person seeing your post about what you will be doing in 2014 is a bit daunting.  You currently intend to visit at least 26 countries in 2014 (after visiting ONLY 44 countries in 2013) with firm plans only through to the middle of the year so far, with a stated intent of slowing down a bit in 2014.  The fact that you will complete your 7th year of non-stop travel in March 2014 is amazing, particularly as all 7 years have had a similar level of activity.  What is the inspiration which keeps you travelling?

I love traveling. It is as simple as that.

As my audience has grown, I’ve gotten more and more opportunities to visit places and see things. My biggest challenge is now balancing the travel vs my work and having a stable life.  I’ve compared my dilemma to that of an alcoholic at an open bar. It is tempting to try to do everything, but I’ve found that it just isn’t possible.  You’ll burn out if you travel too much.

Much of the activity this year will be from a cruise that is going up the West Coast of Africa with G Adventures. About half of the countries I’ll be visiting this year will be on that trip, which is a month long.  It sounds like a lot (and I guess it is), but I won’t have to change hotels once during that trip 🙂

I love your April Fool’s Day posts – I definitely had a couple of ‘what the ?’ moments before realizing that they were jokes.   How would you rate your sense of humour (dry, practical joker, witty repartee etc)?

I suppose it’s pretty dry. Unlike most people, when I do an April Fool’s Day joke, I never announce that I’m doing it. I’ll leave very subtle hints in article (usually integrating the word “April Fool’s’ somehow), but I always want people to be scratching their heads for at least a moment.

One of your goals is to visit every UNESCO World heritage site in the world.  How many are there and how many have you now visited (I note that you expect to visit your 300th site sometime in 2014)?  Are you aiming to visit all of them by a particular date?

It is for all practical purposes an impossible goal. There are 981 UNESCO World Heritage Sites at the time of my writing this, and they add about 20 every year. That means you need to visit 20 a year just to tread water!

Unlike visiting a country, you can’t just land at an airport and declare victory. Visiting a site usually means visiting a very particular place, often far away from major city centers. There are many sites which are remote islands in the middle of the ocean that never get passenger ships.

While I will keep visiting World Heritage Sites, I have no illusion that I’ll ever complete the quest. My goal right now is to visit my 300th site, then 400th and 500th.

You have also launched your North American National Parks Project where you have a goal to visit every National Park in the USA and Canada.  Again how many are there and how many have you now visited, and have you got a date that you are aiming to complete this goal?

Unlike the World Heritage Sites, this is something which is achievable. There 104 places with a National Park designation between the United States and Canada. Instead of adding 20 new sites a year, there is maybe 1 new national park added every few years.

Furthermore, most National Parks can be accessed by car, which makes this quest much easier.

To date I have photographed 24 North American National Parks, with a further 3 that I have visited prior to traveling full time that I intend to revisit.

I have no particular date to do this. I’m going to visit parks whenever I can when I am in a given state or province and just try to visit 5-10 new parks every year.

Yes, I was a complete novice at photography when I started traveling. I purchased a camera that was way over my head when I started thinking that would help me take better photos.

I spent years taking bad photos and improving my craft. I look back at some of my early images and just cringe they are so bad.

There was no particular resource I used. I read photography blogs and occasionally forums when I have a particular question.

I still have a lot of room for improvement, particularly when it comes to photoshop. I’ve become pretty proficient in Lightroom, but I still am an amateur at Photoshop.

To date, my work has never appeared in a newspaper or magazine. I wouldn’t even know how to contact people to make that happen. I’d love to get an assignment for National Geographic someday, just to say I did it. National Geographic Magazine is what got me started traveling, and it would be a huge honor.

You provide a lot of advice for new travel bloggers (which is how we first made contact!) and you are obviously less than enthusiastic about some of the businesses who offer social media and blogging advice.  What are your key messages for new bloggers in terms of getting started and growing their blogs?

Don’t expect to be successful right away. You need to think in the long term, which means blogging for years before you really see any traction. That can be very frustrating. People want to see results immediately, but that just isn’t going to happen.

Visit interesting places. Travel is an important part of travel blogging. There are many bloggers who never take anything other than press trips. You need to go and do your own thing and visit places that don’t offer press trips sometimes.

Focus on your craft. Most bloggers assume they are good writers or photographers. They should assume that they aren’t and constantly be trying to improve. They put far more effort into scoring free trips and pleasing marketing people than they do in improving their craft and pleasing readers.

Gary, thank you for your candid answers and I wish you all the best for 2014.  Gary can be found at Everything Everywhere, Twitter and Facebook.

Is Gary Arndt your travel blogging or photography inspiration?  Please add to the conversation in the comments below.

14 thoughts on “Everything Everywhere with Top Travel Blogger Gary Arndt”