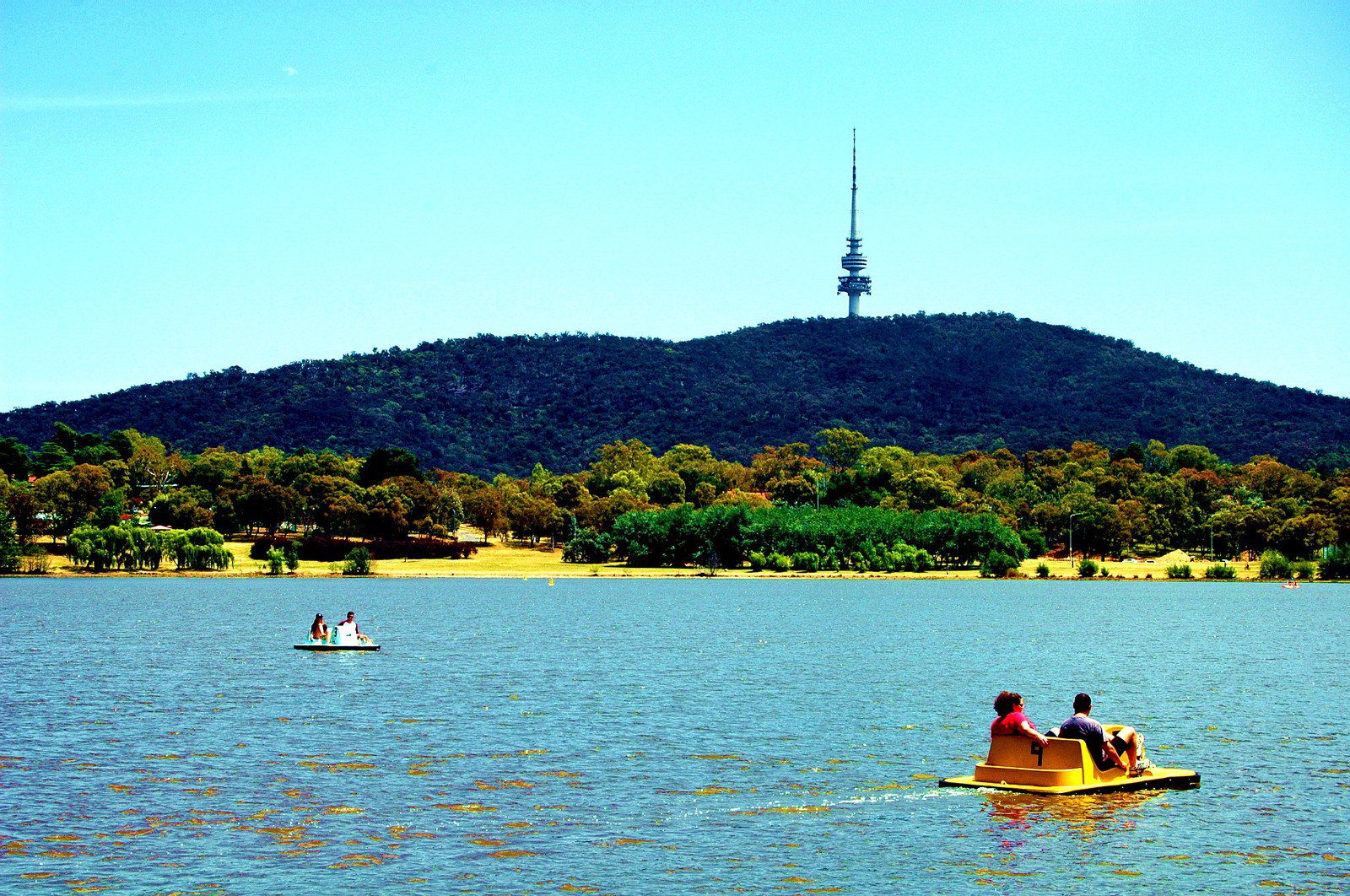 The lofty view over the magnitude of Sydney Harbour was amazing.  The swirling grey rain clouds circling the Sydney Tower observation deck only added to the experience of contemplating the vastness of Sydney and surrounds.

Across Australia there are an excellent variety of tourist accessible tall tower experiences.  All except one have elevators available to get you to the top so the experiences are accessible to all visitors.

The Q1 Building on the Gold Coast sits head and shoulders above the densely populated high rise strip.

If you feel like being more adventurous you can add the option of completing the Skypoint Climb, which is a climb up an external stairway of 298 steps from the Skypoint Deck to the summit of the Q1 building.  During the climb your safety is assured through being connected to a safety rail system.

Since 1981 Sydney Tower has been a dominant landmark on the Sydney cityscape.  Sydney Tower readily complements the Sydney Harbour Bridge and Sydney Opera House as a long standing tourist landmark.

I first visited Sydney Tower in the early 1990s when I had lunch in the revolving restaurant with my father.  I only returned 20 years later in 2011 when I visited the observation deck with my family where our young children shrieked like madmen as we circled the deck to look out at the views.  The Sydney Tower Eye provides a different perspective on Sydney from above which is a worthwhile experience.

For the more adventurous you can add on the SKYWALK experience which provides a trip using a safety rail system to the external viewing platform where you can overlook Sydney as well as enjoying a glass floor.

The Eureka Skydeck is located on level 88 of Eureka Tower residential building in Melbourne.  Eureka Tower is 297m tall and is the third tallest building in Australia.  The Eureka Sydeck offers 360 degree views through the glass across Melbourne and Port Phillip Bay.  In addition, The Terrace offers open air views across part of Melbourne and Port Phillip Bay.

A spectacular add on experience is The Edge which is a 3m glass cube which projects from the side of the building.  You can walk out onto glass 300m above the ground…

Black Mountain Tower is an unmissable part of the Canberra landscape.  The tower is visible from most locations across the Canberra region as a result of its elevated position on top of Black Mountain.  I have previously used the tower as a navigation tool when I got lost, and I have also enjoyed the all encompassing views from the observation deck.

The Swan Bell Tower is located in Barracks Square in the Perth CBD.  The Swan Bell Tower is 82.5m high and is a specially constructed tower made to contain a set of 18 bells, which includes 12 historic bells and 6 newly cast bells.  There are three main viewing levels within the tower, and also an observation deck which provides 360 degree views across the Swan River and Perth city.

The bells are rung every day so check their website for the latest bell ringing times and options to make the most of your visit.

The Shot Tower is located in Taroona which is 11km from Hobart in Tasmania.  The Shot Tower is 58m tall and when it was constructed in 1870 it was Australia’s tallest building for four years.  To get to the top requires climbing 318 steps which are worthwhile to see the view over the Derwent River.

As the name implies The Shot Tower was originally constructed to manufacture ammunition.  When we visited it was fascinating to realize that to manufacture shot they had to melt the metal at the top of the tower and then release the correct amount of liquid metal to fall the length of the tower into water below.  The height of the tower enabled the shot to partially cool into the correct spherical shape before being cooled in the water.